skip to main | skip to sidebar

A beleza do Azul Litúrgico

by Gregor Kollmorgen
As most of our readers know, blue is generally not one of the liturgical colours currently permitted, except for privileges granted to certain places. One such privilege is the one granted to Spain (and extended to its former colonies) of using blue on the Feast of the Immaculate Conception of the B.V.M., granted by Bl. Pius IX in recognition of Spain's leading rôle in the propagation of the recently defined dogma. Here are some images from celebrations of this year's Feast in various places in Spain. 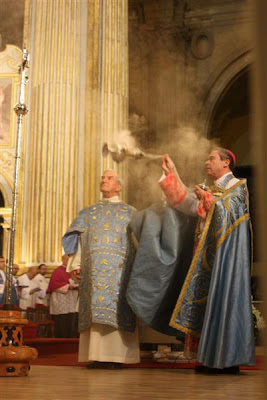 Mass in the Extraordinary Form celebrated by the Fraternity of Christ the Priest in Toledo's church of the Saviour recently entrusted to them: 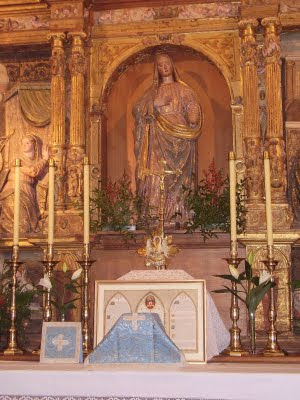 (Source: Fraternity of Christ the Priest)

Pontifical Mass in the cathedral of Valenica, celebrated by Cardinal Zenon Grocholewski, Prefect of the Roman Congregation for Catholic Education: 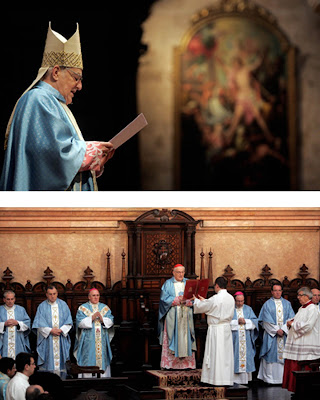 Mass in the usus antiquior in Mondoy, Archdiocese of Santiago de Compostela: 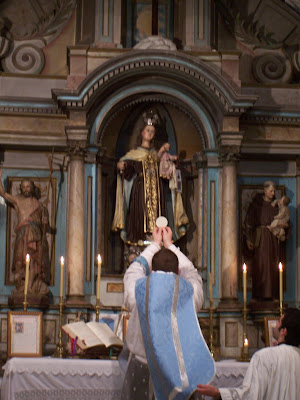 Mass in the parish of Granda, Archdiocese of Oviedo: 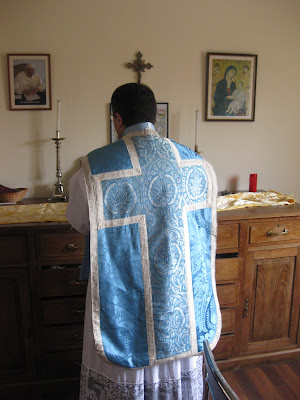 The image of Mary Immaculate of the Trinity (Inmaculada de la Trinidad) returns to its Basilica of Mary Help of Christians after having presided over the Vigil of the Immaculate Conception in Seville Cathedral (featuring another Spanish custom, the acolytes in tunicles): 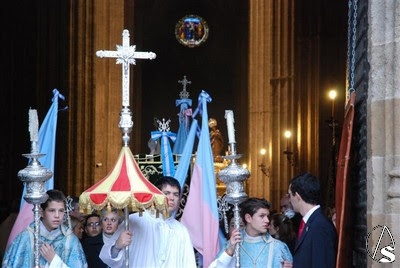 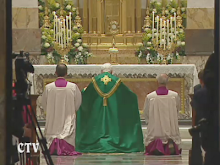